Closing statements heard in trial against Finnish Bishop and MP FINLAND – Proceedings in the trial against Finnish MP Päivi Räsänen and Bishop Juhana Pohjola of the Evangelical Lutheran Mission Diocese of Finland (ELMDF) continued on February 14, with the prosecution and the defense making their closing statements.

“The main idea of the Prosecutor seems to be that the Bible should not be taught in its own right in public, and that freedom of religion does not allow permission to speak out loud if what is said is considered to discriminate against a minority group,” commented Bishop Pohjola following the prosecution’s closing statement. “In this view, biblical teachings on marriage, sexuality, sin, and mercy could not be proclaimed publicly. This is an attack on religious freedom.”

The two are on trial for their articulation of historic Christian teaching on human sexuality. Dr. Räsänen is charged for authoring a 2004 booklet entitled “Male and Female He Created Them: Homosexual Relationships Challenge the Christian Concept of Humanity,” and Bishop Pohjola is charged for publishing the work. Dr. Räsänen also faces two other charges, including for criticizing Finland’s national Lutheran church—of which she is a member—for its support of Helsinki Pride in a tweet that included an image of a Bible verse from Romans 1:24-27.

The Prosecutor General has requested that the court impose the maximum criminal victim compensation on Dr. Räsänen, valued at 120 days of personal income. The prosecution requests Bishop Pohjola be directed to provide compensation equivalent to 60 days of personal income. The prosecution has further requested a corporate fine of €10,000 against the ELMDF’s legal entity, the Luther Foundation.

The court will announce its verdict on March 30.

The decision to put the two on trial has led to international outcry, with many calling it an attack on religious freedom. The International Lutheran Council (ILC)—of which the ELMDF is a member—was among those expressing serious concern about the decision to charge Bishop Pohjola and Dr. Räsänen and encouraging prayer for them.

The trial began on January 24. In her opening remarks, the Prosecutor General suggested that the trial was in no way about the Bible. But over the course of her presentation, and throughout her argumentation and questioning, she returned repeatedly to discussions of the nature of Scripture, the defendant’s hermeneutics, and the Christian understanding of sin. “I assumed the Prosecutor would not go into this matter of the Bible and theology,” noted Bishop Pohjola in an interview with Studio Krypta (a media program of the ELMDF) following the first court date. “I thought that this would be a cold juridical handling of these matters. In that, I was truly surprised.”

“Although she stated this was not about the Bible or about freedom of religion or opinions,” he continued, “she went quite deeply into theological issues.” The Prosecutor questioned the Bishop on his understanding of the relationship between the Old and New Testaments, the status of biblical and civil law, and so forth—a “conflation of juridical and theological argumentation” which seemed remarkable in a civil court. Worse, Bishop Pohjola said, was the Prosecutor’s attempt to link those who accept historic Christian teaching on sexuality with those who would kill or rape in the name of religion.

Regarding the booklet itself, Dr. Räsänen suggested in the same interview with Studio Krypta that the prosecution had to “cherry-pick” pieces here and there, dealing only with “peripheral matters” while ignoring the “central teachings of the booklet” in order to justify the charges. “What I grasped there in the trial, and actually even before it, was what a weak basis they had” to proceed to trial, Dr. Räsänen said. “What the State Prosecutor read out [as charges], what she stated was written in the booklet, was untrue; those statements were not found there—not on the radio program, not in the booklet, nor in the tweet.”

Bishop Pohjola concurred. “I was puzzled when the Prosecutor read out the charges,” he said. The prosecution accused Dr. Räsänen of having called homosexuals pedophiles, saying they arose from genetic error, and even suggesting they were not created by God. The defendants rejected all of the charges as completely false, noting they were directly contradicted in the booklet and other public statements.

Instead, Bishop Pohjola argued, the booklet explains that, while historic Christian teaching considers homosexual acts to be sinful on the basis of Scripture, Christians do not therefore consider homosexuals any different than any other person before God. “All are of equal worth, and all are under sin, and all are under grace,” he explained. “We all have the same position before God. We want to say that homosexuals with these tendencies are welcome in our churches, to live in contact with Christ, and to find their identity—just as each of us should find our identity—as the creation of God, redeemed by Jesus Christ.”

“In the Prosecutor’s mind, these statements are of no importance—not believable,” Bishop Pohjola lamented. “But these are the ‘big picture’—the entire bedrock on which we Christians stand.”

“We denounce all improper and violent and inflammatory speech,” he said simply. “But the basic Christian preaching of the Law and Gospel is not that. ”

While admitting to feeling nervous in the lead-up to the trial, Dr. Räsänen said she “went into court with a calm mind.”

“I went there trusting God,” she explained. “I have felt very strongly, ever since that tweet I wrote, that this matter is in God’s hands and under His guidance. So, this is the path I must take.”

You can watch the entire Studio Krypta interview with Bishop Pohjola and Dr. Räsänen below. Be sure to select “English” in the closed-captioning options.

Additional information on the situation in Finland is available from the International Lutheran Council here. 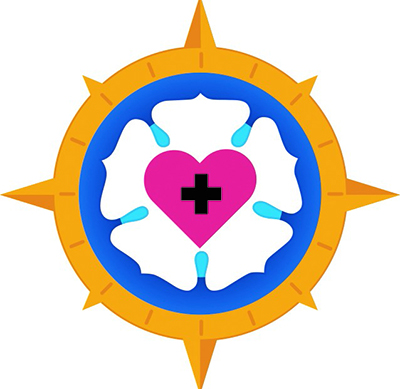