Ukrainian Lutherans band together in face of conflict 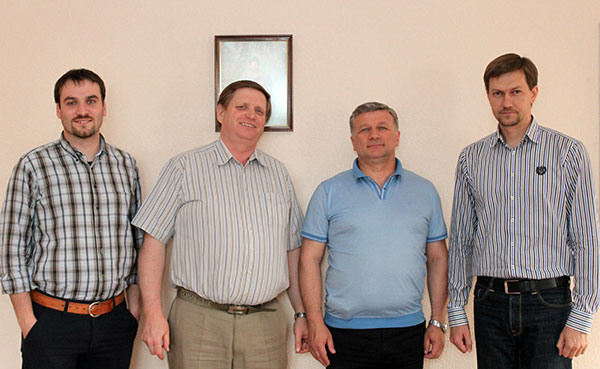 UKRAINE – While conflict continues to rock the eastern border of Ukraine, Lutherans are firm in their resolve to remain united, even as recent events have made that goal more difficult.

Earlier this year, Ukrainian citizens of the Crimean Peninsula participated in a disputed referendum to join Russia. While the vote passed and Russia officially accepted Crimea as a member of the Russian Federation, its legitimacy has been challenged by the international community, given the presence of suspected Russian military in the region during the vote.

The move has led to increased difficulties for the Synod of Evangelical Lutheran Churches of Ukraine (SELCU). SELCU is a young church body, with thirteen congregations throughout the region. Five of these congregations are in Crimea. Consequently, the emergence of a new federal border between these congregations and the rest of SELCU’s congregations (in Ukraine) has created significant difficulties for the church. Where the churches could formerly visit together easily, the new militarized border makes passing from one area to the other significantly more difficult. Moreover, as SELCU’s Bishop Viktor Gräfenstein is a German citizen (and thus a member of the European Union), he is unable to cross the border into Crimea without acquiring a visa.

Lutheran Church–Canada (LCC)—a member church of the International Lutheran Council—has long supported SELCU in its outreach work, its social ministries, and its theological education. LCC helped found Odessa Seminary in 1998, and provides visiting theological professors to instruct students at the school. In 2013, the seminary celebrated the graduation of six students who went on to begin two-year vicarages in SELCU congregations. Prior to the unrest in Ukraine, the seminary planned to welcome a new class of students to begin studies this September. The new border-crossing realities, the conscription of a number of SELCU members (including one pastor) into military service, and battles between the government and pro-Russian rebels in Eastern Ukraine has put those plans on hold.

Despite these difficulties, Rev. Alexey Navrotskyy— LCC’s missionary in the region—reports that SELCU congregations on both sides of the Crimean border continue to express their desire to remain one church body. And the church continues to operate as normally as possible given the situation. Acting on a directive from its 2013 Convention, the church recently appointed a Commission on Theology and Practice (CTP) in June to help the church better define and understand its work together. Members appointed to the commission include Bishop Viktor Gräfenstein, Rev. Alexander Yurchenko (missionary pastor), Rev. Alexey Navrotskyy, and Rev. Oleg Schewtschenko. Rev. Schewtschenko was selected to serve as the CTP’s Chairman.

The CTP is schedule to issue a report in advance of SELCU’s upcoming 2014 convention, set to take place in Odessa in November—assuming all congregations can attend. In the meantime, SELCU congregations continue to reach out to their communities with the Good News of the Gospel—a message sorely needed in these difficult times.

Lutheran Church–Canada is calling on members of the International Lutheran Concil to remember the Ukraine in their prayers—that God would allow SELCU churches on both sides of the Crimean border the ability to work together for the sake of the Gospel; that political leaders in Russia, Ukraine, and the West would all work earnestly for the re-establishment of peace; and that further bloodshed in disputed areas may be avoided.

via The Canadian Lutheran.